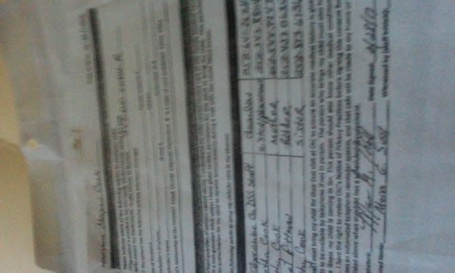 Marva G. Scott Edgecombe County Public. schools Board of Education. Member / EC DSS Director signed her signature as being Legal Guardian of Megan Cook an child when homeless  the Edgecombe County Public Schools waz requested but failed to enroll the child/s student in school and created barriers that the  child/student Mother HB ad no means of providing such as enrollment could only begin when an current address  is provided among other which Mother did provide the information requested by ECPS Director of Federal Programs S. Andrews. That was violations of Federal Homes Assistance Act which the enrollment request made 9/1/2016 should have been granted I’mmediately and Megan enrolled into ECPS without any barriers but this was not done among other violtions and cl er ups but to know that the same ECPS Board of Eduction that governs the ECPS that did such a thing to the child now is the child Megan Cook Legal Guardian and has been unjustly sinse 1/31/17 the day Marva G. Scott took physical custody of the child from her mother Dorothy Cook by usage of an ficticious Nonsecure Custody Order Abuse/Neglect/Dependency signed as witness EC DSS SW Alicia Lewis . Edgecombe County Public Schools Board give Dorothy Cook back her child now your school board member Mar a G. Scott signed her name as the child Legal Guardian. Stop the abuse of power and obstruction of justice. Again 7/18/17 in Tarboro,NC Edgecombe County Juvenile District Court 9 30 am give Dorothy Cook back her daughter and dismiss your fraudulant created custody case against Dorothy Cook. You have harmed the child and mother in ways that must be stopped,! Unjustly! NOW!!